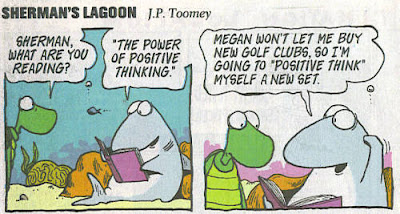 If you knew you couldn’t fail, what is one thing you’d like to do in your life?

These are just a few of the many achievements I’ve attained by implementing this method of positive thinking.

One of the things that I’ve noticed over the years is that there are always those people who want to tell you something can’t be done. There are a number of reasons for this. They either believe that because they’ve taken so long to get somewhere and achieve a similar standing, goal or milestone that it should be the same for everyone. Or their vision is not big enough to encompass the idea of stepping out of comfort zones to achieve greatness.

Have you ever heard that phrase you have to pay your dues? This is true to some degree but did you ever thing that different people have different dues based on the life they’ve led, the people they know, and the things they can accomplish?

Everyone is on a different path. It’s very important to not let other people’s limitations become your limitations.

If I had a dollar for every skeptical comment I’ve gotten from people when I’ve told them something I’m going to do, I’d be richer in money but poorer for having not accomplished my goals and my dreams. I’m glad I don’t listen. Maybe it’s stubbornness. Or maybe it’s because a long time ago I made a promise to myself that if I decided there was something I wanted to do, I was going to do it.

I never wanted to look back at my life and say I wish I had done.

This energy has taken me around the world to 32 countries and countless islands throughout the Caribbean and the Bahamas. I learned to scuba dive and became a Master Scuba Diver Trainer and have taught diving in 6 countries even though a diving death of a relative caused my family to believe it was one of the most dangerous sports in the world. I learned how to sail and posses a 200 ton near coastal United States Coast Guard Captain’s license even though the first boat job I ever had was in a galley and the captain thought I’d never amount to anything.

My point is, when I put my mind to doing something I do it. And it’s important not to let people who say “you can’t” infiltrate your thinking.

Here’s the hardest part. Now take the leap, invest the positive energy and whatever resources are necessary and do it.

Use positive thought to your advantage and leave the negative thoughts to those who will use it to their own disadvantage.

How are you going to use your positive energy today?

Posted in Goals and Inspiration

If time is money (and it is) you can count on Leah for for prompt delivery. On time. Every time. Leah is the best-deadline oriented, and stays in cons… END_OF_DOCUMENT_TOKEN_TO_BE_REPLACED

Searching for the right home and knowing what it takes to own a home and what to look for can be quite overwhelming, especially if you are a first tim… END_OF_DOCUMENT_TOKEN_TO_BE_REPLACED

Leah is one of the few people that you will meet that is a results oriented person who walks the walk of what she says she’s going to do. Personal acc… END_OF_DOCUMENT_TOKEN_TO_BE_REPLACED

Leah thank you so much for everything you are doing. You have really brought a lot to the table. We appreciate your hard work and dedication. … END_OF_DOCUMENT_TOKEN_TO_BE_REPLACED

As scary as it was at the time, in hind sight I REALLY benefitted from the role playing near the very beginning of our training. It really helped me s… END_OF_DOCUMENT_TOKEN_TO_BE_REPLACED

I worked with Leah at Chesapeake Homes. She was the online sales consultant and I was a Realtor/Sales agent at the single family community in Suffolk,… END_OF_DOCUMENT_TOKEN_TO_BE_REPLACED

Leah is a talented, driven, self-starter with a wide variety of skill sets. She is an asset to any business, entrepreneur or individual seeking advice… END_OF_DOCUMENT_TOKEN_TO_BE_REPLACED

I highly recommend Leah Fellows, owner and trainer at Blue Gypsy Inc. She was instrumental in the implementation and success of our Online Sales Progr… END_OF_DOCUMENT_TOKEN_TO_BE_REPLACED

Leah was hired by Caruso Homes to help find a Online Sales Consultant and start our OSC program. She was there through out the process of hiring and t… END_OF_DOCUMENT_TOKEN_TO_BE_REPLACED