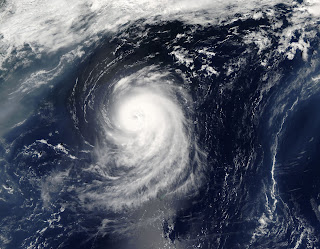 There were very good ways that social media was a huge help during and in the wake of Hurricane Irene. And there were many ways where it was more of a hindrance than a help.

Living on the Eastern Seaboard in Northern Virginia and owning several properties nearby the Chesapeake Bay both in Norfolk, VA and in Mathews VA there were times that I was very frustrated with general media and the news services. And there were times that I was thankful that they had social media streams, though ironically not because of their use of it but because of their fans and followers.

Let me elaborate. Sitting in northern Virginia, I wanted to know what was happening around the southern areas where the hurricane was making it’s presence known. Yet over and over and over again, the reporting up in my neck of the woods was about the early rain bands we were getting, and what New York was doing to prepare for the storm, but very little of what was actually going on where the southern Virginia areas were getting pummeled by the storm. Huge fail, in my opinion, on the part of the networks. If you are going to go to a 24 hour news only cycle, give us some news. I only heard over and over again about the sensationalized parts of the storm that were happening.

I heard about the tornado touching down in Sandbridge for hours and hours after the event, yet nothing useful like flooding information in Ocean View (Nearby one of our homes) and other important information. Further more the social media sites and many of the websites of the news programs were streaming video, but they were not WRITING anything about what was going on. Okay folks, what happens when lots and lots of people are trying to download larger bandwidth items like, say, video? That’s right and add to that the slower nature of doing it on phones and other devices. A little written information would have gone a long way for many of us trying to find out what was going on.

But the place where social media paid off was when I went on WAVY TV 10’s facebook fan page and started reading the local accounts by local people (not the news) on what was going on in specific neighborhoods, towns, and zip codes. And when I posted that I was trying to find out information about Mathews County (Something no one was reporting about) I got some responses so that I wasn’t totally in the dark (Like my neighbors had been since 1:00pm yesterday)

So there were pros and cons to the media coverage and the grasping of the necessity for social media during this disaster. There were many people on the social media sites for the main stream media asking them to write some reports. Spread out their coverage and stop covering only the fatalities and the attention getting stuff. If people are safe and sound during a hurricane it is news to report that as well. We want to know about people and properties fairing well against the storm, not just the people who are surfing or getting caught in the rip tides.

Hopefully traditional media will get the hint and implement a little more diversity the next time we are faced with such a wide spread incident that begs for this kind of coverage.

If time is money (and it is) you can count on Leah for for prompt delivery. On time. Every time. Leah is the best-deadline oriented, and stays in cons… END_OF_DOCUMENT_TOKEN_TO_BE_REPLACED

Searching for the right home and knowing what it takes to own a home and what to look for can be quite overwhelming, especially if you are a first tim… END_OF_DOCUMENT_TOKEN_TO_BE_REPLACED

Leah is one of the few people that you will meet that is a results oriented person who walks the walk of what she says she’s going to do. Personal acc… END_OF_DOCUMENT_TOKEN_TO_BE_REPLACED

Leah thank you so much for everything you are doing. You have really brought a lot to the table. We appreciate your hard work and dedication. … END_OF_DOCUMENT_TOKEN_TO_BE_REPLACED

As scary as it was at the time, in hind sight I REALLY benefitted from the role playing near the very beginning of our training. It really helped me s… END_OF_DOCUMENT_TOKEN_TO_BE_REPLACED

I worked with Leah at Chesapeake Homes. She was the online sales consultant and I was a Realtor/Sales agent at the single family community in Suffolk,… END_OF_DOCUMENT_TOKEN_TO_BE_REPLACED

Leah is a talented, driven, self-starter with a wide variety of skill sets. She is an asset to any business, entrepreneur or individual seeking advice… END_OF_DOCUMENT_TOKEN_TO_BE_REPLACED

I highly recommend Leah Fellows, owner and trainer at Blue Gypsy Inc. She was instrumental in the implementation and success of our Online Sales Progr… END_OF_DOCUMENT_TOKEN_TO_BE_REPLACED

Leah was hired by Caruso Homes to help find a Online Sales Consultant and start our OSC program. She was there through out the process of hiring and t… END_OF_DOCUMENT_TOKEN_TO_BE_REPLACED