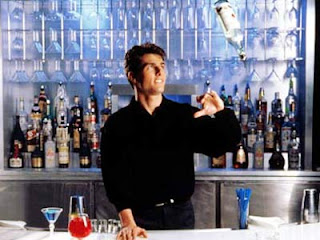 Back in my previous life as a bartender, before I traveled around the world and then landed in real estate, these three rules were golden. When your life depends on tips from customers the last thing you want to do is to alienate someone. Inevitably people at the bar were going to talk about these things. But any good bartender knows, these are three taboo topics you don’t want to get involved in, especially if you are going to take the opposite viewpoint.

IF you are going to break this rule, sports is the safest rule to break as it has the least “values” rooted emotions attached to the subject out of the big three. (But don’t get me wrong it is still a highly volatile topic for some)

Now of course there’s always the option to pick whichever favored party, belief, or team the group is talking about but then you have two problems. One; usually there is always a debate going on so inevitably you will disgruntle someone. And two; if you have integrity you can’t just step in on the other side of your own belief system just to make a little extra cash.

I think in social networking (now this is just my opinion and some may share it and some may chuck it) one should be very introspective when deciding to express political or religious views. If your purpose for social networking is to gain clients and build a community around your brand, product, services or goods then you may want to be aware that your publicly expressed views could cost you business.

If your brand is your politics or religion then that’s a completely different story. You are trying to only find like minded people to share your views and opinions so then you are using social media absolutely correctly in that sense. But if it’s not…then you may close off a whole segment of the population who otherwise may have been interested in what you are selling.

Unless your goal is to only sell and retain a clientele that conforms to your political and religious views, you may want to think twice about expressing them in public forums.

I reserve these types of discussions and debates for friends. Not colleagues and not potential clients. Though I’ve been known to get into these kinds of debates with total strangers in far flung countries, but I wasn’t trying to sell anything. A friend usually will forgive you for not sharing their beliefs, the rest could cost you a sale.

You’ve already got a lot of things to juggle in order to be successful in the current economy, why add something else?

Posted in Business and Coaching

I worked with Leah at Chesapeake Homes. She was the online sales consultant and I was a Realtor/Sales agent at the single family community in Suffolk,… END_OF_DOCUMENT_TOKEN_TO_BE_REPLACED

Top qualities: Personable, Expert, High Integrity We are only on the first steps of our journey together and already I can tell what a pleasure it … END_OF_DOCUMENT_TOKEN_TO_BE_REPLACED

I have worked with Leah on a few projects and find her to be very efficient and detail oriented. Leah is the type of person that gets things done and … END_OF_DOCUMENT_TOKEN_TO_BE_REPLACED

I worked closely with Leah when I was the preferred lender for three Chesapeake Homes communities in the Hampton Roads area. Leah would normally be th… END_OF_DOCUMENT_TOKEN_TO_BE_REPLACED

I highly recommend Leah Fellows, owner and trainer at Blue Gypsy Inc. She was instrumental in the implementation and success of our Online Sales Progr… END_OF_DOCUMENT_TOKEN_TO_BE_REPLACED

Leah was a delight to work with. I hired her to lead the social media strategy for a client of mine. She led the team with enthusiasm. Leah knows how … END_OF_DOCUMENT_TOKEN_TO_BE_REPLACED

If time is money (and it is) you can count on Leah for for prompt delivery. On time. Every time. Leah is the best-deadline oriented, and stays in cons… END_OF_DOCUMENT_TOKEN_TO_BE_REPLACED

Leah was a joy to work with. She kept us updated throughout the training process and gave us updates on Lindsey’s progress. We have already noticed … END_OF_DOCUMENT_TOKEN_TO_BE_REPLACED

Leah is an excellent online consultant because she is personable, dedicated and puts her heart into what ever it is she wants to accomplish. I knew if… END_OF_DOCUMENT_TOKEN_TO_BE_REPLACED

I have known Leah for about a year and a half. With her guidance, my company set up and hired for an Online Sales Counselor position, which has been v… END_OF_DOCUMENT_TOKEN_TO_BE_REPLACED